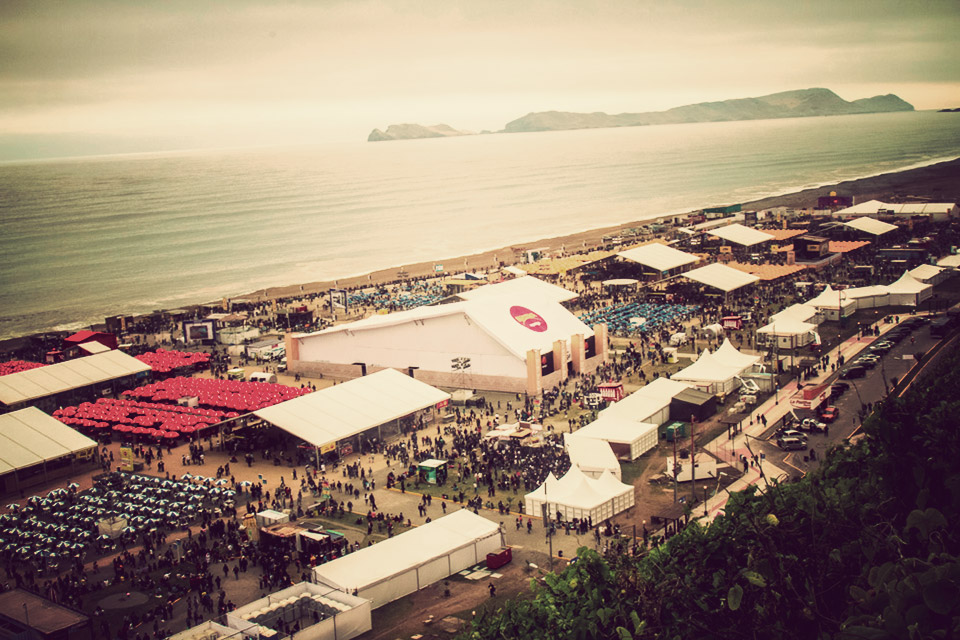 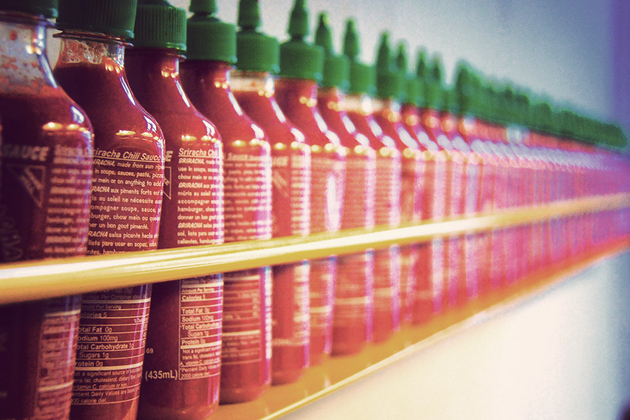 Yes, you read that correctly. Labor Day weekend — Saturday August 30 from Noon to 8pm, to be more precise — St. James Park will play host to one of the most interesting culinary/musical mashups of the year. The Inaugural Electronic Sriracha Festival will occupy two city blocks, and feature three stages of electronic music from some of the Bay Area's best, four bars, over 40 food trucks and tents with all dishes priced at $6 or less, and reasonable tickets that likewise won't break the bank. 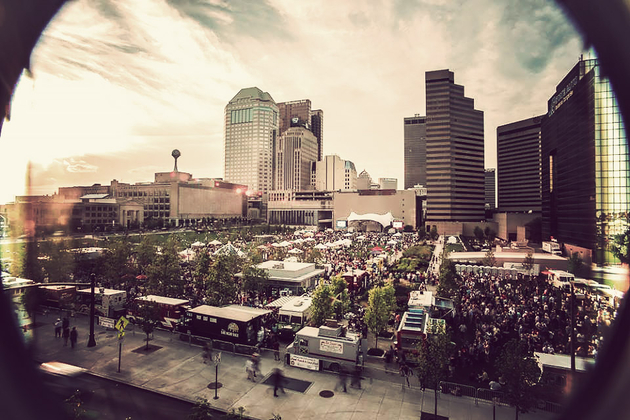 Forget trying to chase down your favorite Ohio food trucks — they'll more than likely be gathered in one spot at the Columbus Food Truck Festival. Scheduled for August 15th & 16th at the Columbus Commons in downtown, this tasty event will feature over 40 food trucks and carts — including favorites like Sweet Carrot, The Angry Wiener, and Tortilla Street Food — as well as live music, arts and crafts, and plenty of refreshments. Or you could spend the next two months driving around to try them all. Totally up to you. 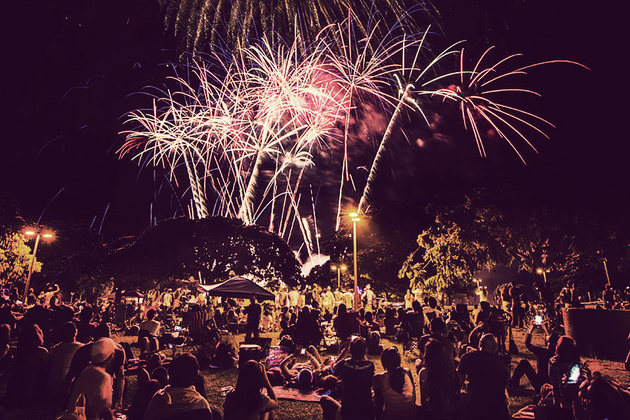 It really doesn't matter what you're doing — the beaches of Hawaii make a great backdrop for almost anything. So it only stands to reason that they'd be a great place to put on a fireworks show. Indeed, the Ala Moana Fireworks display is one of the best Independence Day spectacles around. Unlike most barge-based shows, the shells for this celebration are launched from the tip of Magic Island so as to not harm the offshore reefs, and can be seen from all over Waikiki and Honolulu, making it one of the most accessible shows around. 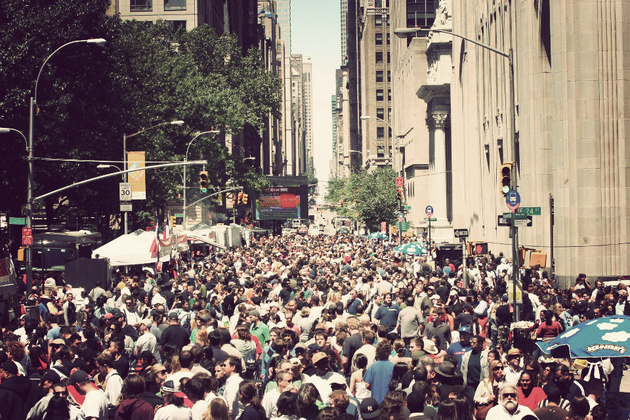 There's more than enough BBQ joints in New York to fill a weekend, but if you're looking for the best of the best, you'd better plan on being at the Big Apple Barbecue Block Party. Scheduled for June 7th & 8th in Madison Square Park, the event will feature barbecue and other foods from pitmasters hailing from all over the country, as well as informative seminars and live music from rock, blues, and soul artists. 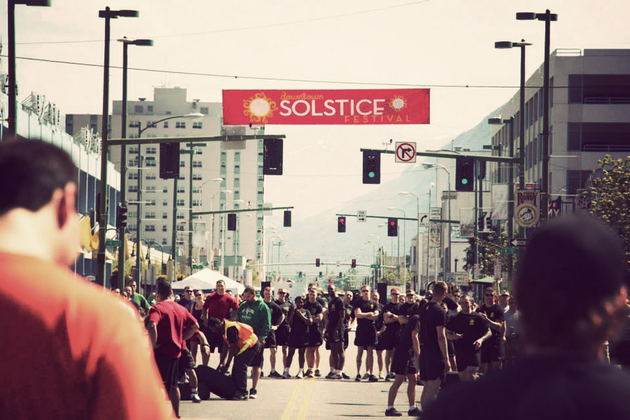 Everyone knows that June 21 is the longest day of the year — in the Northern Hemisphere, at least — but few places get more daylight that day than Alaska. Make the most of the 22 hours of daylight with a trip to the Anchorage Summer Solstice Festival. This all-day party takes over the downtown area, with skateboarding demonstrations, the "Hero Games", kids activities, a marathon, live music, great food, and, as you might imagine, plenty of refreshments — hopefully including enough beer to keep the revelers going long enough to greet the Midnight Sun. 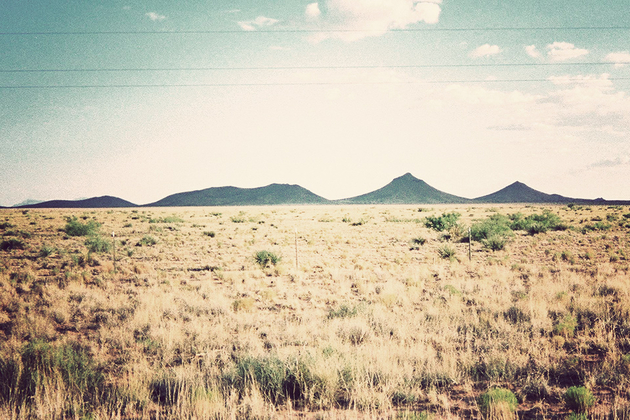 Few people remember playing E.T. The Extra Terrestrial for the Atari 2600 — but those that do will testify to it being one of the worst video games ever created. So bad, in fact, that legend holds that Atari, embarrassed by their failure, buried millions of the unsold cartridges in Alamogordo, NM in 1983. Now some crazy people gaming enthusiasts are out to discover the truth. On April 26, Fuel Entertainment and friends — including lead designer Howard Scott Warshaw — will hold an Atari E.T. Landfill Excavation to find out whether there actually are copious copies of a long-forgotten video game buried in the ground. No matter what they find, it promises to be more interesting than most anything else you were going to do with your Saturday. 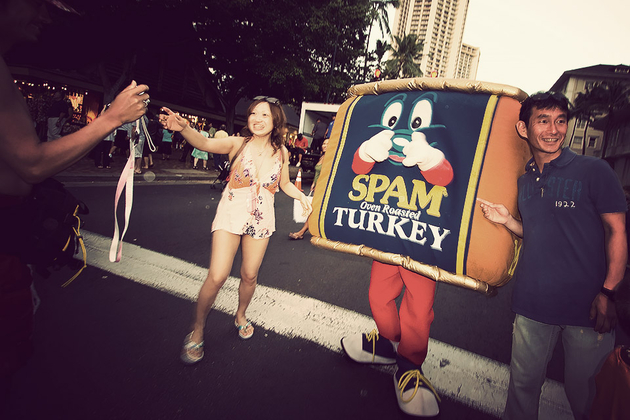 Like Spam? Looking for an excuse to go to Hawaii? Then book your ticket for Oahu and plan on heading down to the Waikiki Spam Jam. Scheduled for Saturday, May 3rd, this annual celebration of all things Spam plays host to over 20,000 people each year, as Kalakaua Avenue is closed to traffic and transformed into a festival featuring two stages of entertainment and some of the city's best eateries set up booths serving up Spam-based specialties ranging from the local favorite Spam musubi to Spam fried rice, Spam won tons, and even Spam sundaes. 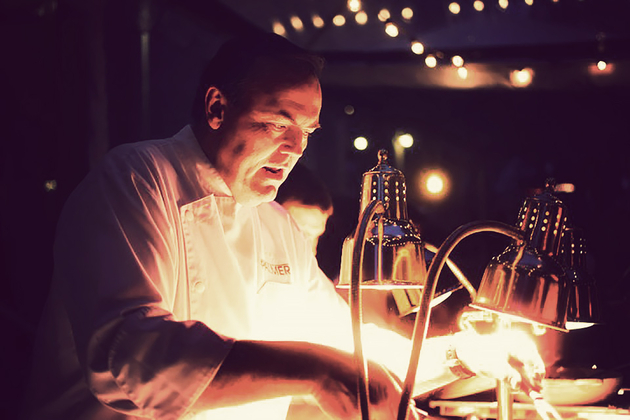 Pork is good. Wine is good. Combining the two can be great. As evidenced by the Pigs & Pinot celebration. Hosted by Chef Charlie Palmer of Dry Creek Kitchen, this unique annual event combines a wine competition — the Pinot Cup — with a pork cooking challenge called Tournament of The Pig. Oh, and plenty of dinners, wine tastings, and other excuses to stuff yourself in the company of chefs like Frank Crispo, Amanda Freitag, and Bryan Voltaggio. Scheduled for March 21st and 22nd at Hotel Healdsburg. 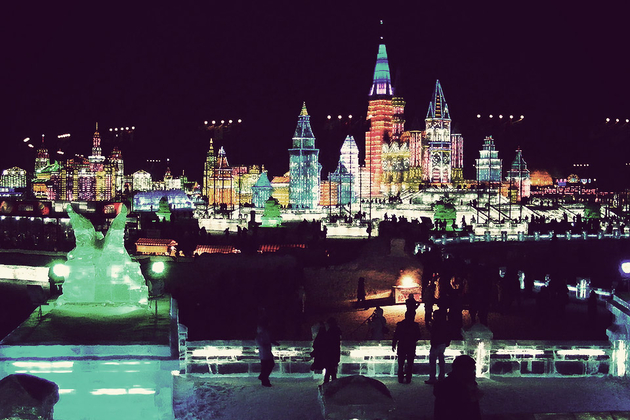 And you thought your neighbor's Christmas lights were impressive. The Harbin International Ice and Snow Sculpture Festival is home to one of the world's most spectacular displays of wintertime outdoor illumination. Located in the Heilongjiang province — not all that far from Siberia — the temps at this month-long event are typically well under 0º C, but make possible the massive snow sculptures at Sun Island, and the main attraction, Zhaolin Park's Ice and Snow World, with huge ice and snow buildings that are lit up using everything from ice lanterns to lasers. 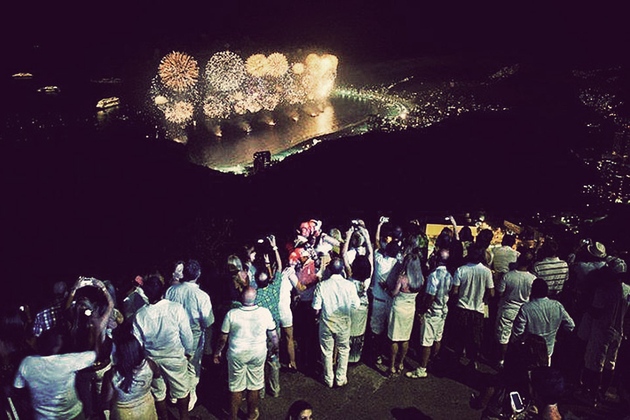 Times Square might be more famous, but Rio puts on one helluva New Years show too. Enjoy it from the best vantage possible with tickets to Réveillon Do Morro on Sugarloaf Mountain. This insane party begins around 9:30 — with cocktails, of course — and ends when the sun's coming up, with breakfast served until 4:30 am. But beyond the terrific food, drinks, samba, and soul music, the party also offers the best possible view of a fireworks display that heralds the New Year. In other words, it's like watching the Times Square party from the top of the Empire State. 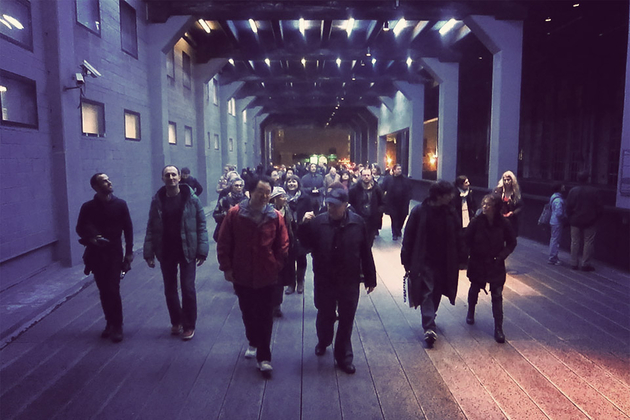 The holiday season just isn't the same without music, and this holiday you can join in and be a part of the festive atmosphere by experiencing The Gaits - a High Line Soundwalk. Put on by Make Music New York, this unique event is scheduled for 5pm on December 21, and will see you and a group of like-minded folks gathering at the Southern end of the High Line, before trekking north on a unique musical walk. Using your smartphone, an event-specific, and a small portable speaker, you'll become an instrument yourself, creating a symphony of twinkling sounds, guitar chords, dulcimer strikes, splashes, horns, and applause, simply by walking — and so will everyone else walking with you, creating a one-of-a-kind communal holiday musical experience.