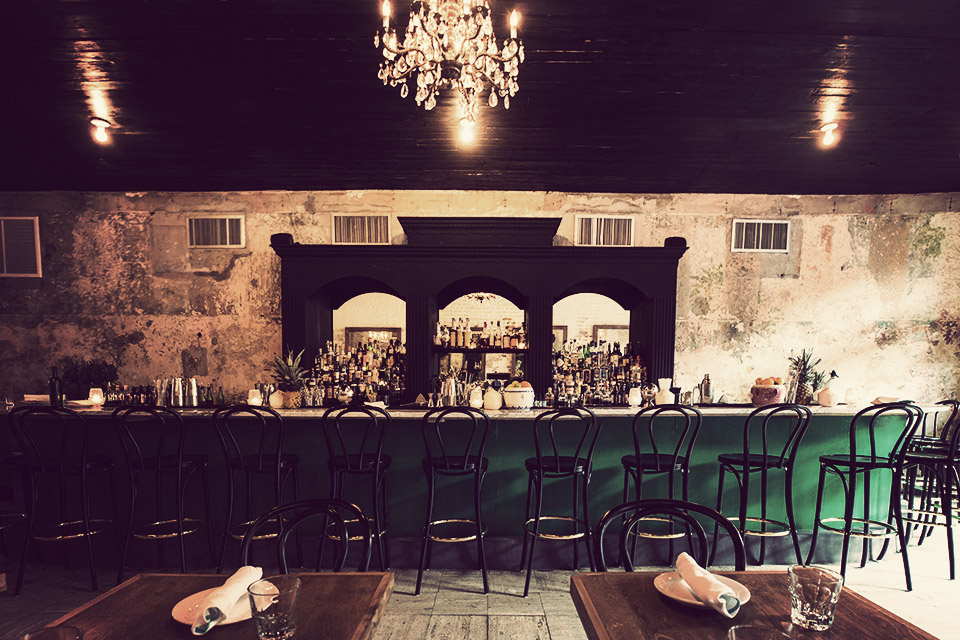 With warm temperatures and a location close to the water, the French Quarter seems like a perfect place for a rum-focused bar. And in Cane & Table, it has one. This rustic, vintage-looking bar features an inventive cocktail menu of "protoTiki" drinks that often feature the sugar cane-derived spirit — hence the name — as well as a short food menu made up of mostly small plates and sides. Also on the drinks menu are a selection of natural ciders, sherry, beer, and white and red wines, any of which are ideal for enjoying out on the spacious patio. 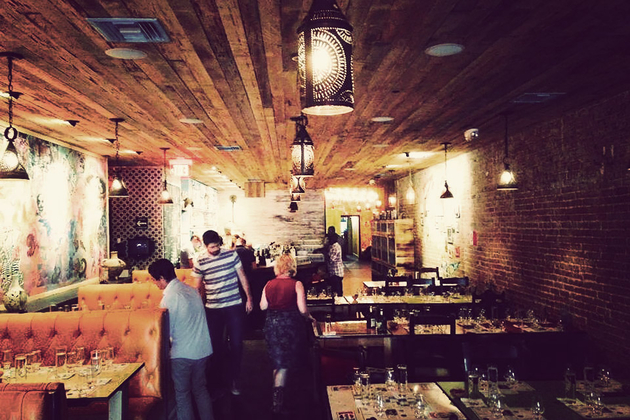 Those of you who aren't well versed in your Mexican history might not realize The Pastry War is named after an 1838 conflict between Mexico and France, but it makes perfect sense when you realize this mezcaleria sports subtle French details throughout. The menu includes everything you'd expect, like margaritas, a healthy mezcal and tequila list, Mexican beers, and snacks including tamales and chips and salsa. What you might not expect? Several intriguing cocktail selections, craft beers from both the US and Mexico, a short menu of French wine, and, of course, pastries. Short on dough? Show up for happy hour, when house margaritas are $5, Mexican beers are $3, and games of pool are free. 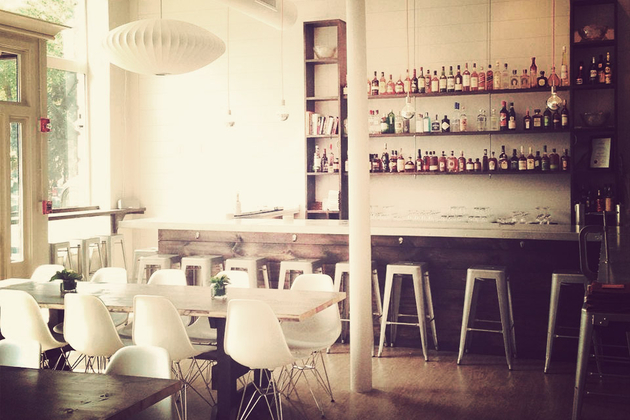 Yes, it sounds like a cabin-based club set into the mountains — but while the interior design might sport some rustic flair, the Portland Hunt & Alpine Club is far from remote. Set in the town's Old Port area, this intimate establishment boasts an eclectic cocktail menu featuring classic drinks dating all the way back to the 1850s, as well as many modern creations — including three available on tap. There's also an impressive list of whiskeys and other spirits available, and a short food menu specializing in Scandinavian fare, heavy on sandwiches and charcuterie. Like many great cocktail bars, they also provide educational events on occasion, so if you're looking to expand your mixology knowledge, keep your eyes open for any upcoming classes. 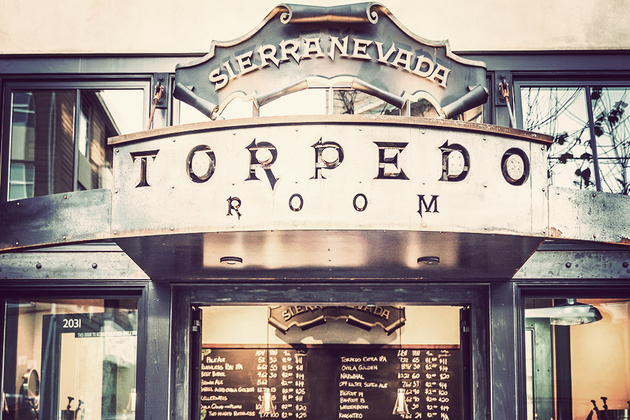 As one of the pioneers of the industry, there are few craft breweries more well-known than Sierra Nevada. And while you can certainly sample some of their beers at their Chico, California headquarters, you can now get access to some of their limited brews in the Bay Area at the Sierra Nevada Torpedo Room. This smallish space features 16 taps, many of them dedicated to rare, small-batch Sierra Nevada beers that you can't get anywhere else, as well as a friendly, vibrant atmosphere. Belly up to the bar for an informative flight, fill a growler to take home, or just grab yourself a six-pack of your regular favorite. 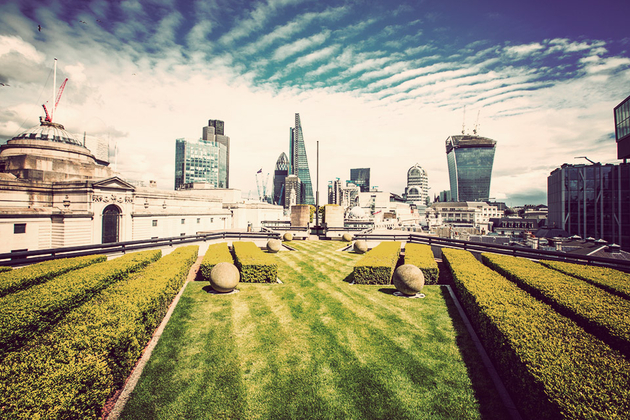 Yes, we know, it's not technically a bar — it's actually a rather high-end French restaurant. But when we visit Coq d'Argent, we're not there for the cuisine. Instead, we're there to enjoy a drink while taking in the view. Located near the Bank of England and St. Paul's Cathedral, its rooftop garden and terrace is an ideal spot to enjoy a sip of something relaxing while looking out over London. There's also a menu of bar snacks, which, while less grand in concept, are certainly just as well executed, and, for those who enjoy a smoke, a selection of Cuban cigars, as well. 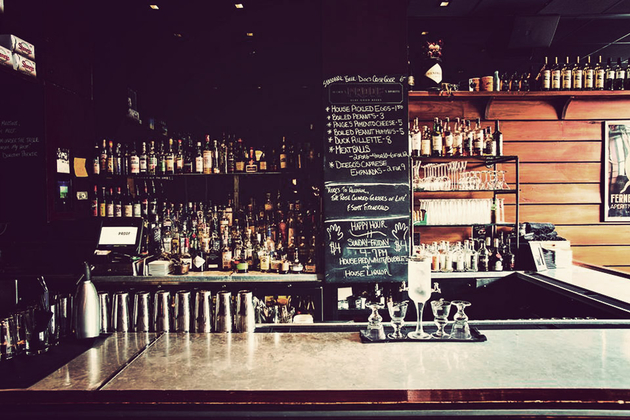 As names for cocktail bars go, Proof is pretty apropos — but luckily for the imbibers at this King St. establishment, it far more than a clever name. It starts with the craft cocktails, made from premium ingredients, and moves on to the extensive list of wines by the glass and more than reasonable beer list. A chalkboard menu of bar snacks like boiled peanuts and meatballs keeps your tummy full, which is a good thing — with the relaxed upscale atmosphere, you're likely to stay a while. 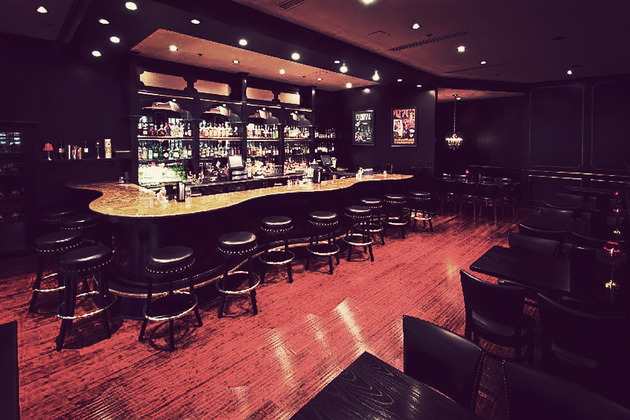 There are plenty of reasons to visit The Kill Devil Club. There's the live music. There's the excellent small plates and shareables. There's the atmosphere. But most of all, there's the drinks. And one drink in particular — rum — gets top billing at the downtown oasis, with a truly encyclopedic selection of the stuff available. There's also all the other spirits, an inventive house cocktail list, sublime classic cocktails, and delicious punches that will have your entire group feeling happy. 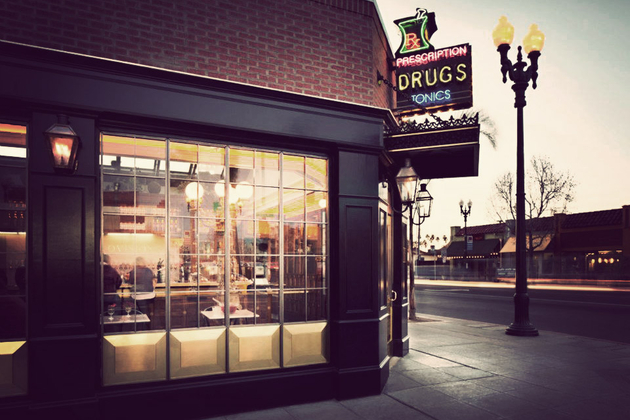 Modeled loosely after an old-time soda fountain, Polite Provisions aims to offer service worthy of those classic establishments — while serving way better drinks. On tap, you'll find a variety of spirits, beers, wines, cocktails, and sodas, while the menu also includes traditionally-served cocktails made from spirits, champagne, and beer, as well as a number of individual spirits and bottled sodas. And should you like what you're drinking, they also play host to Spirits Society classes that let you learn from top bartenders and enjoy some great drinks, too. 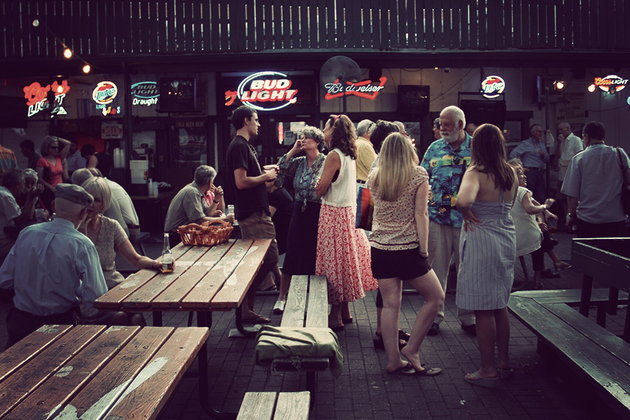 It's certainly not the newest or trendiest spot in Austin to grab a beer, but it is one of the most dependable. Founded by a German immigrant in 1866, Scholz Garten is a true German-style biergarten, with a large outdoor area, a stage that's frequently home to outstanding local performers, a varied menu that includes everything from German favorites to BBQ, and a healthy selection of draft beers, including a number of authentic Bavarian options. Or, as the Texas legislature put it in 1966, "a gathering place for Texans of discernment, taste, culture, erudition, epitomizing the finest tradition of magnificent German heritage." 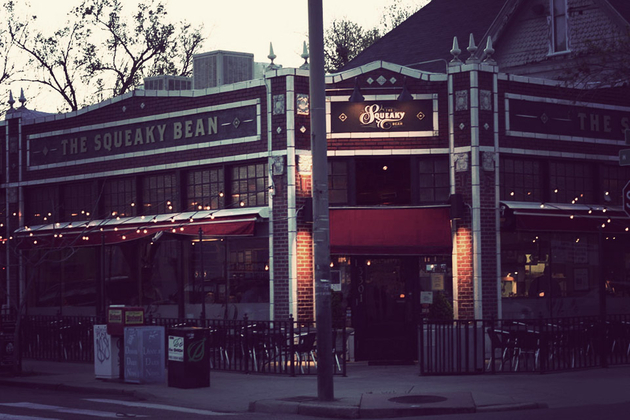 Themed menus are all well and good, but they don't matter if your drinks aren't great. Thankfully, that's not an issue at The Squeaky Bean. Located in LoHi, this stylish establishment serves up some of the best drinks in town — separated into cleverly-named categories like "Drunk Uncles", "American Graffiti", and "Dean Martin Variety Show" — as well as some fantastic food that covers everything from shrimp and grits at brunch to bacon wrapped in quail for dinner. 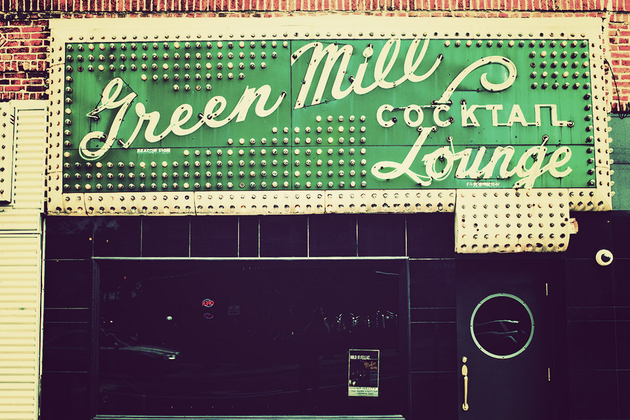 Yes, it has live jazz. Yes, it serves up tasty cocktails. Yes, it has a statue of Ceres in the corner. But you're not heading to the Green Mill Cocktail Lounge for any of that. You're heading there because of its history. Opened in 1907, the Green Mill was a favorite hangout for Al Capone and his henchmen, thanks to its dark atmosphere, and, legend has it, a series of tunnels underneath the joint that gave them a way to slip out of the bar unnoticed should the Feds stop in. You can even sit in Capone's favorite booth — with views of both entrances — but, unfortunately, the tunnels are off limits. 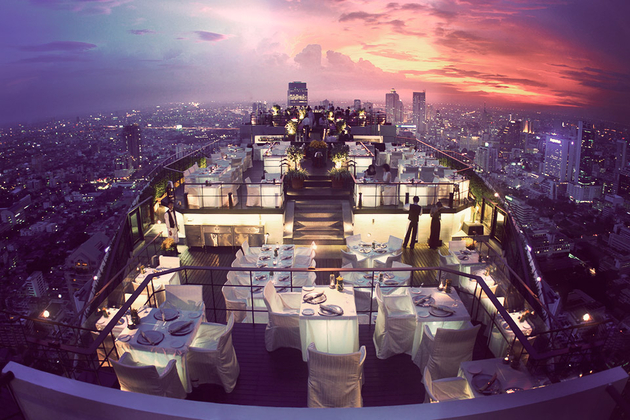 One look is all it takes to realize where it gets its name. Set high atop the Banyan Tree Hotel, Vertigo and Moon Bar offer fantastic drinks — as well as arguably the best views in the city. The menu is cocktail-heavy, with top-shelf ingredients, and there's great food on offer, as well as a decidedly high-end vibe, but it's well worth getting dressed up to soak in those 61st-floor views. Just don't get too inebriated — we hear it's a long way down should you stumble off the side.