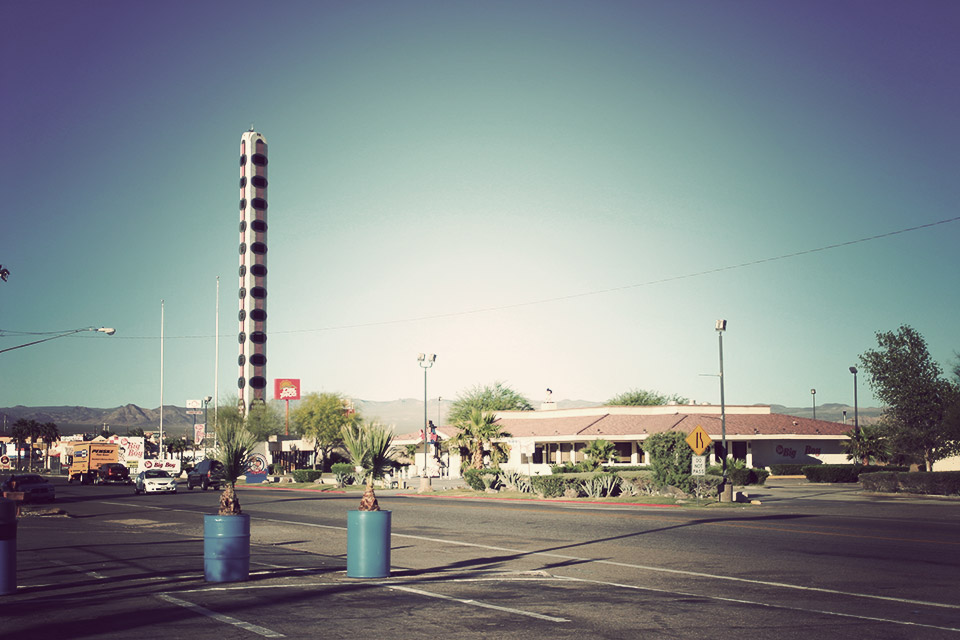 It's been a familiar face on the drive up I-15 from LA to Vegas since it was first switched on in 1992, but for the first time in years, the Baker Thermometer is ready to spring back into action. Standing 134 feet tall — in honor of the record temperature in Death Valley on July 10, 1913 — this landmark has just hit with a $150,000 restoration, allowing it to once again report the accurate temperature, which is good, since it's a real shame to have the World's Tallest Thermometer turned off. 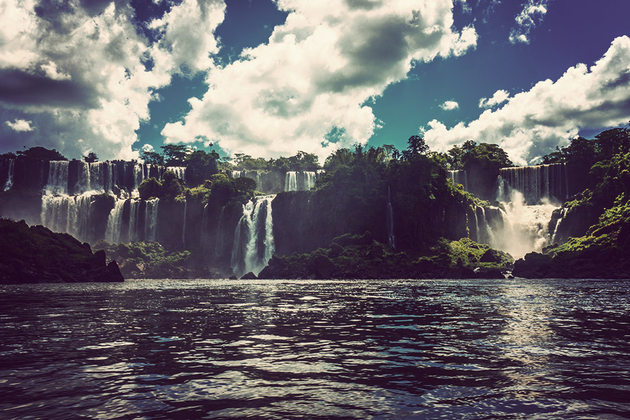 With so much happening in Brazil over the next couple of years, there will be plenty of reasons to go visit — and should you find yourself there for whatever reason, be sure to move away from the coast and explore the natural beauty of Iguazu Falls. Set on the border of Brazil and Argentina, this huge collection of waterfalls (between 150 and 300, depending on the water level) can be seen from either side, with most of the falls residing in Argentina and the best views belonging to Brazil. It might be a bit of a jaunt from Sao Paulo or Rio, but it's totally worth it. 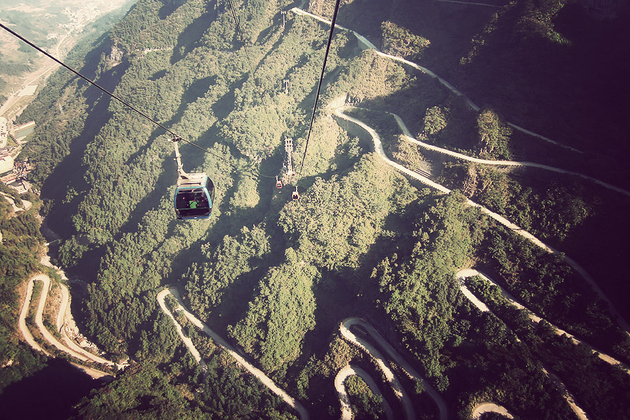 Sure, you can take a cable car to the top — and it's a hair-raising ride, climbing nearly 4,200 feet in roughly 4.5 miles, with a peak gradient of 37 degrees — but you enjoy motoring, there's only one way to get to the top of Tianmen Mountain. Driving up to the top requires traversing 11 km (nearly 7 miles) of road that climbs steadily from the valley floor, turning 99 times along the way, making for an exhilarating drive. And unlike some famous stretches of road with nothing on the end but more road, this drive terminates at stairs leading to a natural, 431-foot-tall hole in the mountain and a host of terrifying trails set into the cliff face around the mountain. 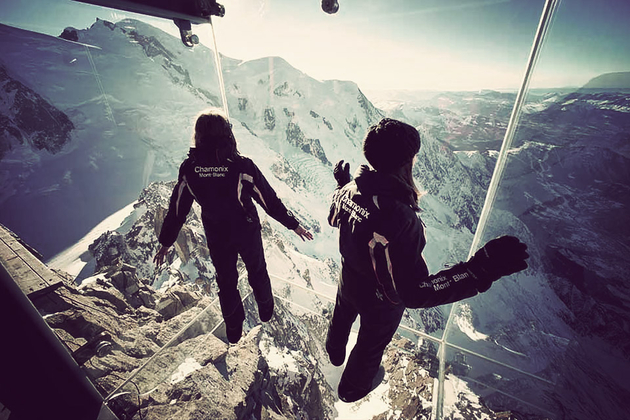 Even though it's not considered one of the world's more difficult ascents, climbing Mont Blanc isn't for everyone. Fortunately, nearly every can enjoy views that are almost as impressive — and in some cases more so — by heading to Aiguille du Midi. Situated atop of a peak 3842 meters in the air — that's over 12,600 feet — this attraction offers fantastic views of Europe's highest peak and the surrounding mountains, a restaurant, a cafeteria, and two terraces. For the truly brave, the spot just opened a five-sided glass box that hangs over the side, giving you perhaps the best views in the Alps. The best part? Instead of a grueling two-day climb in the snow, you can get there in just 20 minutes from the warmth of a cable car. 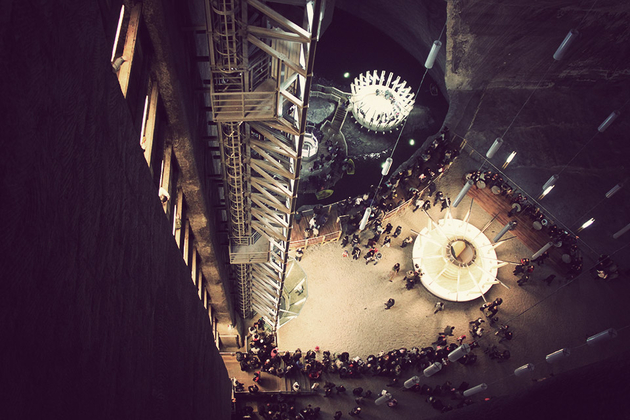 Amusement parks can be fun, but amusement parks deep underground? Even better. Located in a salt mine that dates back centuries and was abandoned in 1932, Salina Turda is one of the more interesting attractions around. Inside this cavernous space, you'll find a ferris wheel-style attraction with gondolas — made possible by the 160-feet ceilings — a putt-putt course, mini bowling lanes, an area dedicated to sports, billiard tables, 4 table tennis courts, a 180-seat amphitheater, a children's play area, and an underground lake with boat rentals. Looking for something more than just a good time? The mine's microclimate also provides natural therapy for those suffering from respiratory issues. Oh, and if that wasn't enough, it's also located in a rather notorious region known as Transylvania — so if you happen to see any bats, be careful. 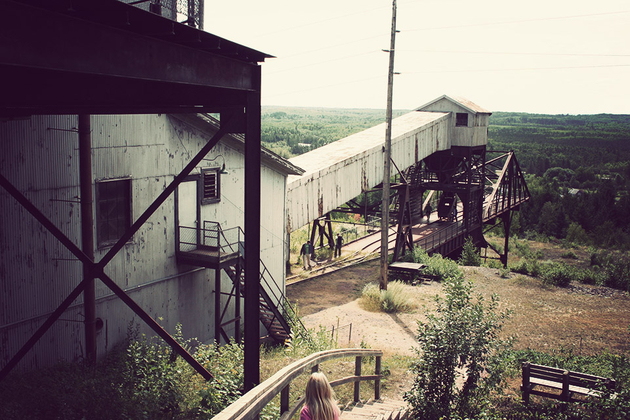 Abandoned mines are cool all by themselves, typically boasting rusted metal, aging buildings, and a very real element of danger — after all, falling down a mine shaft would be a pretty rough way to go. You can feel safe at the Soudan Underground Mine State Park. Housed in a former 19th century iron mine, the park is now home to one of the deepest physics experiments in North America, playing host to a neutrino detector that looks for variances in subatomic particles emitted from the Fermilab particle accelerator some 450 miles away. There's also a dark matter experiment, making the three minute ride down — it is half a mile under the earth, after all — well worth it for any science geek. 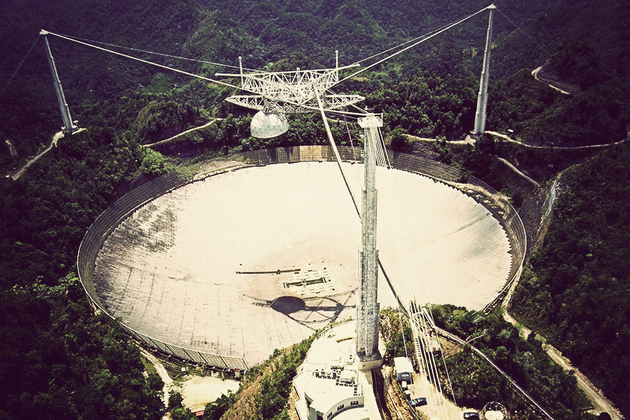 It's listed on the American National Register of Historic Places. It's also known as the National Astronomy and Ionosphere Center. And it's the world's largest single-aperture telescope. But you probably know it as "that huge-ass hidden dish in GoldenEye". And yes, while the Arecibo Observatory was the backdrop for 007 and 006's climactic battle, in the real world, its a center of research into radio astronomy, aeronomy, and radar astronomy. Measuring 1,000 feet in diameter, the Arecibo has been used for everything from determining the rotation rate of Mercury and discovering the first binary pulsar to sending out — and listening for — communications from extraterrestrial life. And there's a visitor center, too, thankfully free of hellbent ex-MI6 agents. 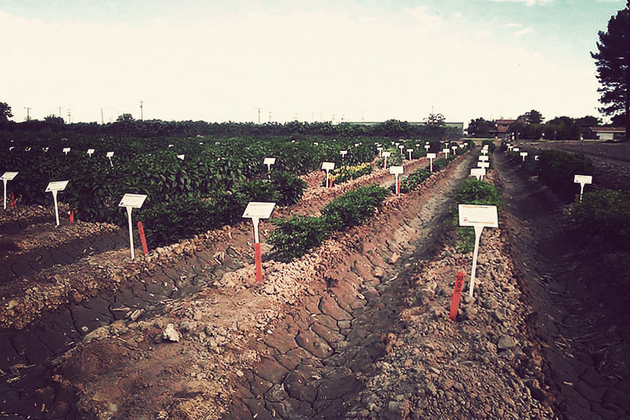 Like hot food? Then you're likely to enjoy a tour of The Chile Pepper Institue Garden. Located in the Fabian Garcia Landscape Garden and park, this garden has been involved in the Institute's program for over 15 years, and does its research in collaboration with the New Mexico State University Chile Breeding and Genetics Program. In total, the garden is home to over 150 varieties of chiles, including all the main species of Capsicum. Taking a self-led walk around the grounds is completely free — maps are available at the garden's edge — but if you'd like a guide to help you along, you need to pony up $25 — and schedule ahead. 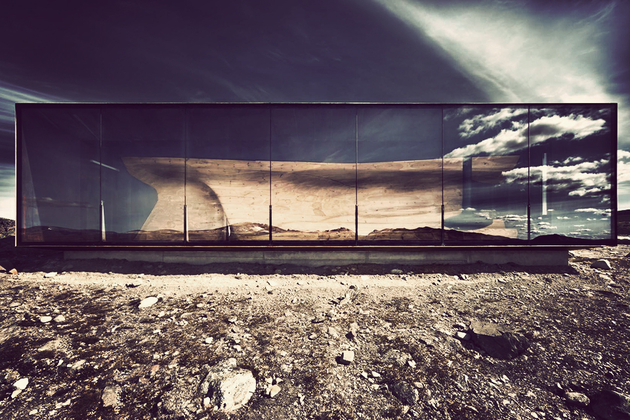 Stunning architecture meets stunning natural beauty at the Norwegian Wild Reindeer Centre Pavilion. Located in Dovrefjell National Park, this Snøhetta-designed building features floor-to-ceiling windows — ideal for taking in views of Snøhetta mountain, Europe's last remaining wild reindeer herds, and other rare animals — a floating, wood-burning fireplace, and an organically-curved wooden seating area. A mile-long walk is required to get there, but it's well worth the effort. 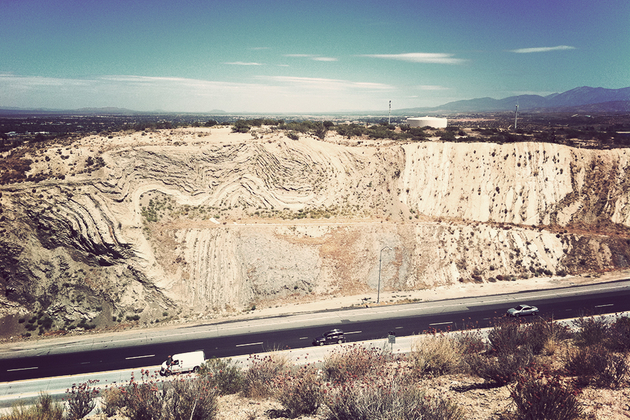 It doesn't have any official markings, signs, or parks dedicated to it, so it's easy to drive right past the San Andreas Fault if you're not paying attention. Laid bare by a roadcut for Highway 14 just south of Palmdale, the nation's most infamous fault — or at least part of it — is visible to the naked eye, with weird wave-like formations marking the place where the Pacific and North American plates violently come together. If you'd like to get a better view than the one afforded by your car window, we recommend parking at nearby Pelona Vista Park and walking back to the cut. 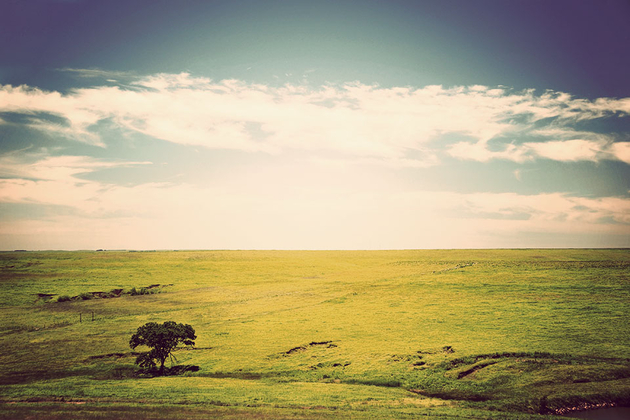 When most people think of wilderness, they think of mountains, forests, and other foreboding terrain. But just because a place lacks peaks and trees doesn't mean it's not wild. The Tallgrass Prairie National Preserve is a great example. Located in the Flint Hills, this 11,000 acre preserve represents some — most, actually — of the last of the 170 million acres of prairie that once covered our continent, affording a unique opportunity to see the American Heartland as it once was. Complete with buffalo. Tallgrass is home to one of the last remaining pure-bred bison herds, and you can even walk amongst them — if you're brave. 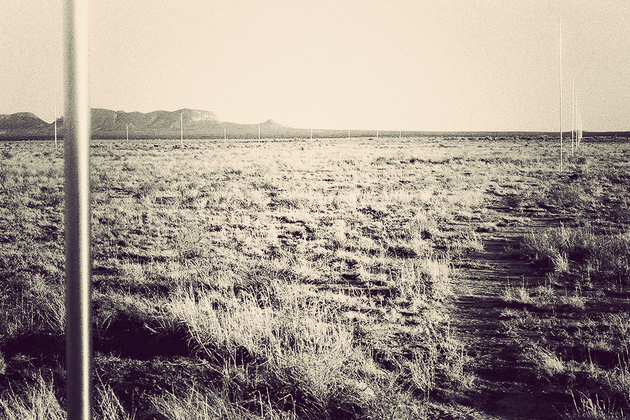 The name might sound foreboding, but there are actually fewer lightning strikes at The Lightning Field than you'd expect. This massive work of land art — created by sculptor Walter De Maria in the late Seventies — is instead one of the more unique destinations in the southwest. It's made up of 400 stainless steel poles with heights varying based on the undulation of the 1 mile x 1 kilometer grid on which they sit, allowing the solid, pointed tips to form a plane level parallel to the ground. Meant to be experienced over a long period of time, the site is only open six months out of the year, and requires an advanced reservation for up to six people in the on-site cabin — so if you're wanting to make a visit next year, you'd best make your plans now.